After Karhusuo was filled with tree seedlings that began their journey as a carbon sink, our next planting project in Tuulisuo in the municipality of  Vaala kicked off in the summer of 2022. The area used to be dried-out peatland that is now removed from peat production. Due to its residual peat, the area emits greenhouse gases into the atmosphere. However, by reforesting the area we will almost completely stop the release of greenhouse gases.

A total of 17,155 pine seedlings were planted in Tuulisuo in the early summer of 2022. The seedlings were purchased from Fin Forelia Oy in Rovaniemi. Lumberjacks Risto Rantala and Juha Kauppinen from MHY Rokua Paljakka handled the planting work. The chances of survival of the seedlings were maximized by reversal mounding, thanks to which, the seedlings can grow a little higher and the grasses don’t harm the growth. Soil cultivation was carried out by local entrepreneur Leinonen Pentti J. Tmi.

Seedlings planted in the area

Pines (pinus sylvestris) are planted in the area

The area was ash-fertilized in the autumn of 2022. Wood ash fixes the nutrient balance of peatlands creating an excellent setting for good growth. There was no need to recondition the field ditches at this stage because the water balance was fine. The water balance is monitored with regular inspections, and the condition of the seedlings is checked regularly as well. In addition, we carry out continuous surveys to support biodiversity in our projects.

A big thanks to all the organizations and individuals who purchased seedlings – without you our carbon sink projects wouldn’t be possible! 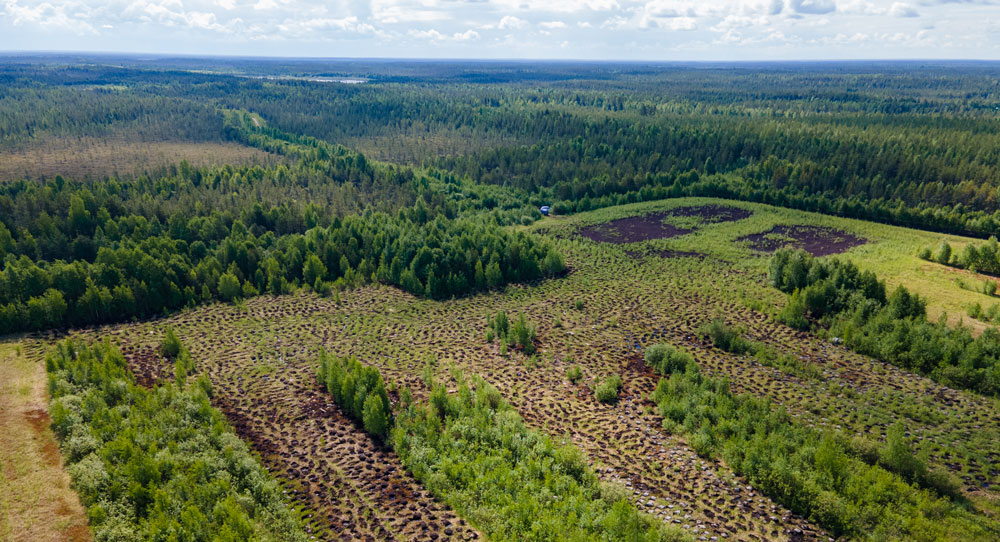 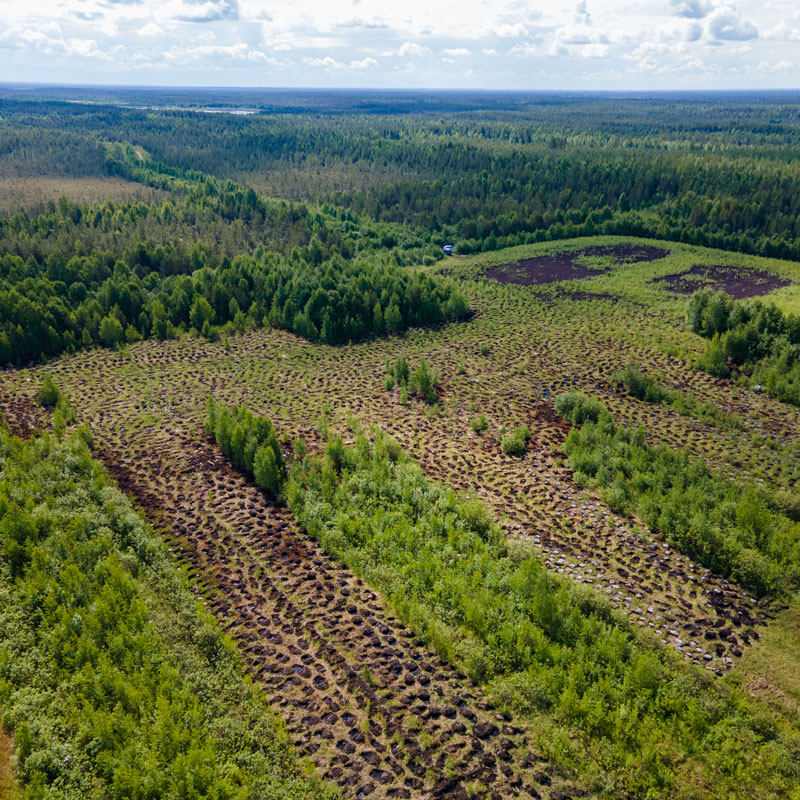 Do you want to find out how your company can offset its carbon dioxide emissions and participate in our carbon sink project? Send us a message and we'll get back to you as soon as possible or call Timo on +358 40 485 6607.